In Working progress with @SinistersArmy

Chef by day, and a Musical Metalhead by night, and this is my Official website. Originally from Montreal Quebec now residing in Pittsburgh Pennsylvania  , have two german shepherds Ava and Nikko and two cats Sasha and Yanni,  .. I am a lover of life,and a lover of coffee, and with my musical arsenal. I THINK IN MUSIC, I LIVE IN MUSIC, MY LIFE IS IN TERMS OF MUSIC

And this is my story

Peter Graigs grew up listening to the music that drove the ‘80’s: Rock, Progressive Rock, Hard Rock and Heavy Metal. His musical heroes include iconic guitarists Randy Rhoads, Eric Clapton, Al Di Meola and legendary drummer Tommy Aldridge. Like many other rockers, he also listens to the occasional Classical piece for inspiration. Peter Graigs has had years of live concert performance experience and recording sessions with such bands as Wired, Sillian, Trax, G13 Band and Scars of Grace. He immersed himself in music early on and expertly mastered playing guitar, bass and drums. Unfortunately his career in music had to take a back seat, as he was sidelined for a decade following a traumatic parachute accident. Throughout his career, Peter Graigs has performed on television programs as well as live concerts throughout North America Curently working on a new project SINISTERS ARMY

Peter Graigs - No Sacrifice No Victory 2021 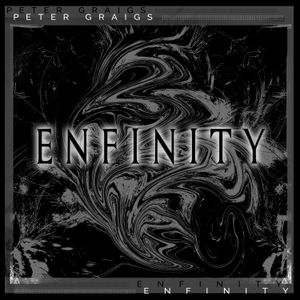 E.N.F.I.N.I.T.Y is an instrumental promoting my two axes Jasper and my latest BabyGirl quilt top handcrafted at the same same time as Neal Schons Blue Magic by Proton guitars - video is available

NO SACRIFICE NO VICTORY

THE BEGINNING OF THE END

Buy track
View on Bandcamp
"DIVINE DECEPTION" is one of the first series of Independent single releases by PETER GRAIGS,
Read more… close
0:00/???